I would never want to do a show during a pandemic again. It was very unusual. It’s hard for an artist to think about the work, think about the timing of a show and all the things that could happen. It’s been fascinating to see shows in different cities, how they panned out, affected schedules, or didn’t, or affected crowds. In Arkansas, people went out to see my show at the Momentary during the pandemic while In LA people didn’t really come out or when they did they had to make an appointment, one person admitted at a time. It was very odd to watch. It was an oppressive time, an oppressive way of doing art.

The show at Vielmetter was called “The Possibility Of Overcoming Negative Thought”. The title was something that someone had mailed to me on the back of an envelope when I was a teenager. I’ve been holding this envelope for years. My work is pretty much a direct translation of what I’m going through, what the world is going through and how to make sense of it all. 2019, the year before the pandemic, had been a disastrous one in my personal life. If you have a negative situation bringing you down it’s really hard to break out of it but if you do, you’re much better off in the end. So a lot of that work was really me processing through that period. At the time of the show, it felt like the whole world was in a depression just when I had finally broken through to the joy of finding my freedom and self and strengths again, full on, without any compromises. I think you can feel that in the work. The work itself did do a lot of new things. I had been and still am making a lot of stained glass but I was actively trying to make more organic paintings that, after making so much glass work, I started making paintings that looked like stained glass. Before I made the stained glass, a lot of the work on paper looked like stained glass. So it wasn’t foreign, I just wanted to be looser.

My work comes across as being very loud however there are always these interesting weird nuances and details that pay off in extended looking. There is a quiet side in the loudness of the work.

My brain sort of short circuits when I have to look at architectural renderings which I’m having to deal with the more I get into public art. If I go into a space I have a very good sense of dimension, size and physicality. I can read sizes very quickly. I had been drawn to weird spaces but now it’s definitely a thing as museums don’t know what to do with a space and so I come to mind and that’s great. It’s a good challenge because they’re always new and strange. The Momentary is a new museum of Crystal Bridges. I had gone out there when construction began and toured again when they opened the building. Those were the two times I visited the space. I knew what I was getting into but the work was to all be done on sight. Sadly I never got to return because of the pandemic. It became the first time I ever had to plan out an entire show virtually. It was a great learning skill to pick up. I haven’t yet seen my pieces in the East Building Atrium of the National Gallery. I’m going in September. That’s a massive space. 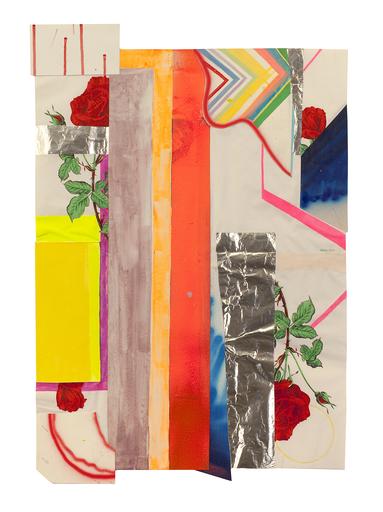