When I was a teenager, I was playing music a lot. I would play guitar in my dad’s garage. We did a lot of recording of music. It was the kind of place where I’d find catharsis, a kind of limitlessness. I’ve always been the kind of person that needed to work with his hands and think through things. When I went to college I took a painting class by accident. I’d say painting was when I really started to think seriously about being an artist as a possible career path. It supplanted playing the guitar.

I went to graduate school with a focus on sculpture but reverted back to painting. I became hyper conscious of everything that was going on at the same time. The University of Illinois, Chicago had a cross departmental structure with a strong filmmaking department. My advisor, Julia Fish, was really focused on duration within paint so it was kind of an easy connection to film. It’s been two or three years since I started working on film and it’s come much more to the forefront because there’s a finite duration to it. Being able to find a shape to that became really interesting as to how abstraction can play into the work and what it describes. I honestly just fell in love with it. I’m coming to film as a painter and how I look at work. It’s important for me to have that friction between the two, being able to imbed something into something timeless. The paintings are really abstract but I’m always thinking about images and observations whenever I’m putting any kind of mark or form into them. They are a little bit like love letters.

I’ve been digesting a lot of films. Most of them started off just as formal, an attraction to how it works or a certain kind of rhythm. I think it’s the same thing I’m looking for when I go to a museum or art show, a certain magnetism to them. When they stick around and become incorporated into the work, I focus on them a little bit more. That was the weird discovery throughout covid, when the winds started shifting and making work a little bit more personal, I started finding these personal connections into the work, unexpectedly. These complicated connections required negotiation which I think I need to have in the work for it to be engaging for me or anybody.

With drawing and painting, it’s always the same intention. I think the difference is one of materiality. With paper I work with mixed media and I’m able to work on the floor, incorporating dry material and all those things which really add up to different kinds of marks and different kinds of layers. I think a lot about the crossover between drawing and painting, being able to distinguish between the two, one at a time, and being able to go back and cultivate them, having them all become active members. Working with paper on the ground a little bit more cultivates a wider range of experimentation. I always have to work on multiple surfaces at one time. I’m not able to focus on one thing. I think that helps me feed the rest of the work. It seems if I focus on one thing for too long, it becomes too rigid or static. If I don’t have that other component, that other kind of playfulness, there is less risk. 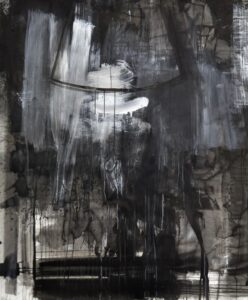 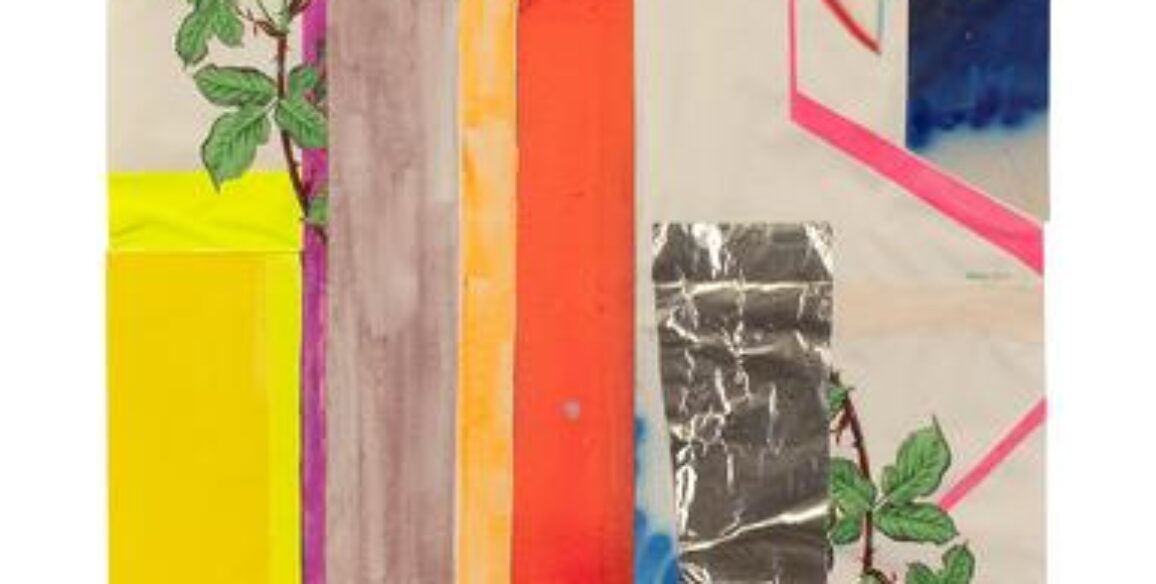