When I think of a place, I think of an atmospheric density versus an atmospheric void of space. Grandmother’s kitchen filled with scents of a plum cake, home, a meeting point of two lovers are a place. An airport, newly bought house, an office are a space. Art collection could be either this or that.

JoAnn Gonzalez Hickey and I met two years ago on the common ground of admiration for Joelle Tuerlinckx’ work. JGH had already included the work into her collection and I have spent some substantial time in the artist’s studio during preparations of a show.

Our conversation has continued from the first meeting and eventually resulted in this installation for the 10th Anniversary of the collection. In the meantime there was almost a year of going through the vast archive of the JGH collection of abstract works on paper. Chronological arrangement of the archive allowed me to read the collection as it would be a journal. A personal journal coded in abstract works on paper suggesting a sort of development that could not be purely rational. The collector‘s ‘attraction’ to particular forms has been evolving over time with substantial moments of inconsistency; yet within a strong underlying integrity of the entire compilation. Even though I was not equipped with tools necessary to decipher the coded journey, it became clear that this assembly could have only happened as a genuine practice of a singular mind, and a body.

I bring up a body because one of the striking characteristics of the collection is its strong synesthetic undertone: most of the works address senses prior to the intellect. One might have a sensation of feeling or listening with eyes.

The intention of my installation was to honor the collection’s personality on its 10th anniversary. A small fraction of the collection has been extracted and reassembled without taking into account the chronology of the collection. Works have been grouped in a way that secures the singularity of each piece. One is invited to look closer into the detail as he/she moves in the space. The amount of works in the show has been dictated to certain extent by the assumed limits of readability, of a singular visit.

Each wall of the place holds different logics of association to represent the versatile moments in the collection itself. They are constructed more like a poem or a piece of music rather than prose.

For both of us this show has been a brand new experience: for the collector to let an external eye create a forefront of the collection, for the curator to curate works with the primary goal of expressing the personality of the collection as a whole unique assembly.

Places are vulnerable moments in space. They are emotionally charged. This collection is a place. 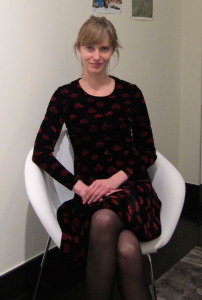 Agata Jastrzabek (b. 1983, Poland) has graduated from University Maastricht (NL) in 2009. She has lived and worked in Brussels (BE) between 2009 and 2013 and in Vienna (AT) between 2013 and 2015. She has realized exhibitions and publications with institutions such as Wiels (Residue co-curated with Dirk Snauwaert, 2013), Argos (Slavs and Tatars, 2011), Komplot (YES, I see stars, 2011) and others. She has collaborated with Joelle Tuerlinckx ona solo show with many artists at the gallery Nachst St Stephan in Vienna. In the framework of curated by (2013) festival in Vienna she has curated a group show No touching, No including young and emerging European artists. This year (2015) she has been appointed by the University of Philadelphia in Pennsylvania to work with Master of Fine Arts graduate program and to develop a show with the students in Brussels.

As an independent curator, artist and a writer she has a tendency to look for inspiration and art practices in alternative contexts. She counts on artistic urgency and perturbation of professional definitions within arts.